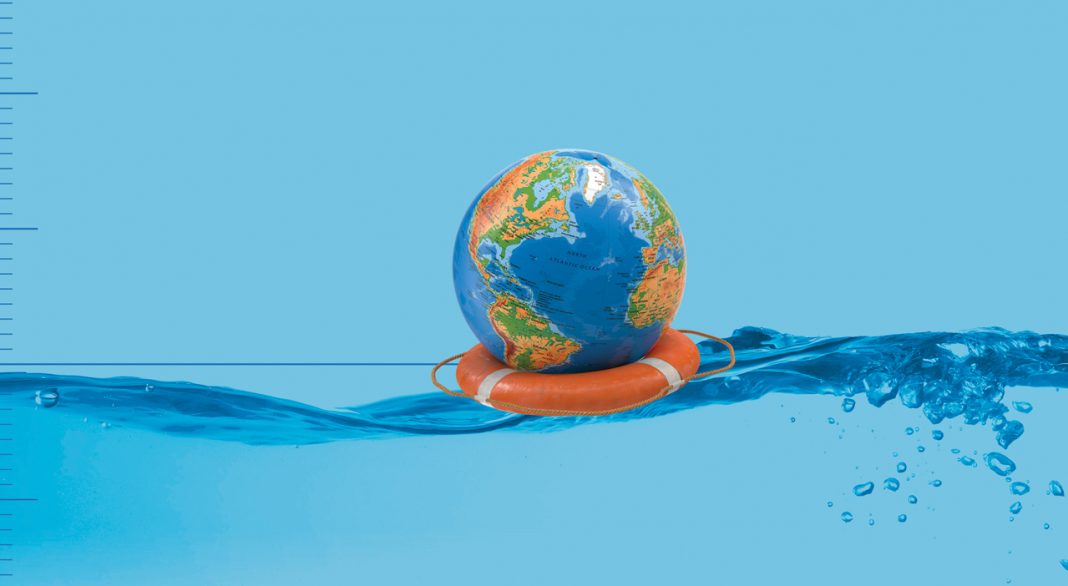 The Glasgow conference was not a failure, but it set a turtle’s pace in the fight against climate change. More leadership is required from the private sector, as is a real commitment from the public.

The COP26 UN Climate Change Conference was held in Glasgow, UK from October 31 to November 12, 2021. COP26 had a moderately successful outcome. However, it is worrying that progress has been slow and partial. No unanimous global agreement was reached, and the conference only resulted in small sectoral and bilateral agreements.

Based on the parties’ current commitments, estimates indicate that the planet will warm between 1.9 and 3 degrees °C, with an average of 2.4°C, well above the objective of 1.5°C signed in the Paris agreement. This is not good news. A temperature jump of 2.6°C, will result in grave social, political and business consequences.

We urgently need countries, economies and companies to speed up their transition and adaptation to circular and sustainable development.

From 1992 to date, 197 nations have joined the initiative. Since then, the Conference of the Parties (COP) has met periodically to make decisions that help achieve the objectives set to combat climate change.

COP26 was an important meeting meant to discuss, among other issues, the scenarios for reducing carbon dioxide (CO2) emissions over the next 30 years. The participating countries set out to reach a crucial agreement for the next three decades, with the goal of significantly reducing emissions by 2050.

The international documents produced prior to the meeting described a panorama that is not encouraging: with the current emission-reduction commitments, the Earth’s temperature will rise by 2.7 °C between 2050 and 2060.

In a world that is
2.6°C warmer,
there will be grave social,
political and
business consequences.

Taking into account the background of observed changes in the climate system and its impacts in the short and long term, optimistic and pessimistic scenarios can be established regarding our climate future. In the optimistic scenario –which was agreed to and signed in 2016 at COP21 in Paris– global warming would increase by 1.5 or 2°C at most by the end of this century. The pessimistic scenario forecasts a warming above 3°C, which would have significant impact on the global economy, particularly the agri-food chain.

For example, Brazil – a powerhouse Latin American economy – is suffering its worst drought in almost a century. Only a small part of the territory reports humidity above 80%, a threshold for producing foods such as oranges, soybeans, coffee, sugar and even corn. Brazil is one of the main players in this type of food production. In fact, extreme weather has already pushed up prices for these products in a variety of countries.

Globally, 270 million people in 55 countries experience severe food shortages. The world food crisis is also fueled by other causes, such as armed conflict, civil wars and social transformations, for example in Afghanistan. Haiti is another nation that suffers from food shortages due to a long period of political instability; the effects of severe weather in recent months, including hurricanes, earthquakes and droughts, have compounded the situation. On extreme weather disasters rankings from 2000 to 2019, Haiti is in third place, behind Puerto Rico and Myanmar. This figure comes from the 2021 Global Climate Risk Index by Germanwatch, a non-governmental organization that focuses on climate change mitigation, global food safety and corporate responsibility.

High levels of waste and excessive consumption of certain foods, such as beef, also have a huge environmental impact. Other types of meat, such as pork, chicken and dairy products, also entail a significant carbon footprint when compared to organic products from plants, for example.

A study entitled “The Global Impacts of Food Production,” published in the journal Science by University of Oxford scientists, points out that reducing the consumption of meat and dairy products could reduce the carbon footprint of the food we eat by two thirds. The study also indicates that at least 25% of annual greenhouse gas emissions are associated with the food sector. The above data is just a small sampling of the overwhelming challenge we face.

POSITIVE RESULTS FROM THE SUMMIT
The summit was not a failure, but the progress it promises is very slow. In general, the participating countries were asked to take a year to rethink their national strategies and meet again to establish more specific goals.

On the other hand, solid sectoral agreements were made, such as those pertinent to forestry and financial issues. In the financial realm, and under the promotion of private financial institutions from 38 countries, the International Sustainability Standards Board (ISSB) was launched; it will promote global standards around how sustainable investment is measured and calculated around the world. Another important initiative in the financial realm came from Mark Carney, former Governor of the Bank of Canada and the Bank of England, who established the Glasgow Financial Alliance for Net Zero. The members of this alliance will have a period of no more than 18 months to set short-term, robust and science-based goals to achieve zero net carbon emissions. In fact, 90 of the signatory institutions already have them, including the Bank of England itself, which seeks to achieve net zero emissions by 2050.

The Global Energy Alliance for People and Planet, an initiative of the IKEA Foundation, Rockefeller Foundation and Bezos Earth Fund, announced an alliance of philanthropic organizations, multilateral financial institutions and governments to allocate more than 10 billion dollars to the start-up of energy projects worldwide, which could, in turn, unleash more than 100 billion dollars of investment in developing countries interested in moving their energy generation methods based on fossil fuels towards renewable alternatives.

Without significant
progress toward reducing
our carbon footprint and
creating a circular economy,
the world will always
remain vulnerable
and unstable.

Another positive development came with diplomatic rapprochement between the US and China. Despite their lack of physical presence, in a bilateral virtual summit, both countries declared their desire to collaborate more closely towards establishing a global carbon market in order to reduce their emissions. Such a market would force companies to pay for the cost of carbon emission with money or with fiscal policies.

Likewise, 130 countries that contain more than 90% of the forests and jungles that remain on the planet signed a commitment to stop and reverse deforestation. In addition, more than 100 countries signed a pact led by the United States and the European Union to cut methane emissions by 30% by 2030.

Some 23 countries decided to go beyond the Glasgow Climate Pact in their reduction of coal consumption and Another 25 countries and five financial institutions have pledged to stop public financing of most fossil fuel projects by the end of 2022, with the United States, much of Europe and Canada signing on. Mexico was not part of this agreement.

SETBACKS AND BUSINESS AS USUAL
One of the worst pieces of news came at the end of the summit, when, in reference to the generation of energy from conventional carbon sources within a decade, several emerging countries, led by India, changed the wording on the final declaration from “phase out” to “phase down.” In fact, there is a lack of global consensus on the issues of methane generation, deforestation and coal extraction.

Today, it would be utopian to think that a single company or even an entire sector in isolation with a plan for net zero carbon emissions could have a wide impact. If we want to live in a much cooler world in the coming decades, we need cross-sector collaboration. For example, car manufacturers can start producing hybrid cars or completely electric units, but this is not enough to change consumption trends because infrastructure, parking lots, chargers, spare parts, etc. are needed. Green transport cannot be reduced to a couple of parking spaces for electric cars in a shopping mall. Analogous examples apply to other sectors such as real estate, tourism, agriculture, mining, among others. Sustainable development requires a systemic approach where both the public and private sectors provide consumers with the necessary means to radically change consumption patterns. These means include –among others– fiscal policies, monetary policies and financing in favor of sustainability. It is difficult to imagine advancement in terms of sustainable development while the public sector (governments) and the private sector (companies) hem and haw around said change. Unfortunately, today, various public and private actors continue to hinder such change, for example by subsidizing conventional sources of energy, restricting the energy market and limiting consumer choice.

THE ROLE OF BUSINESSES AND GOVERNMENTS
Regardless of the public sector’s position, it is time for companies to earmark investment and develop resources for green transition. This challenge does not just apply to the food sector, but rather extends to everyone. The business case in favor of the green transition is very clear: sustainability creates operational advantages, efficiencies, productivity and savings. Sustainability is a potential source of new jobs and increases companies’ local and global competitiveness.

If we want to live
in a much cooler world
in the coming decades,
we need cross-sector
collaboration.

Without significant progress toward reducing our carbon footprint and creating a circular economy, the world will always be vulnerable and unstable; that is to say, there will be more and more extreme climatological events that lead towards scarcity, inflation, migration and international tension. Today, we are living through energy shortages, which obviously have different causes. However, we are stuck in transition: We are still reliant on conventional energies and, at the same time, we have not been able to increase the production of green energies. We are creating a bottleneck with price inflation, especially that of gas. But the task is not exclusive to the private sector.

The active participation of governments is imperative to accelerate the process of change. In countries like Mexico, with its statist model, the public sector must give a clear signal in favor of sustainability. Otherwise, companies will be hesitant to make bold moves, and many will live in fear of possible negative international repercussions for the country and its competitiveness. 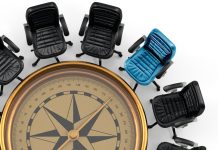 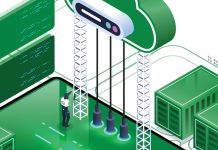 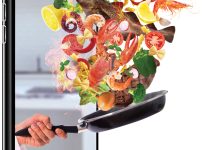 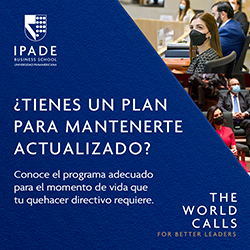